War Too All Shows Fight First-up 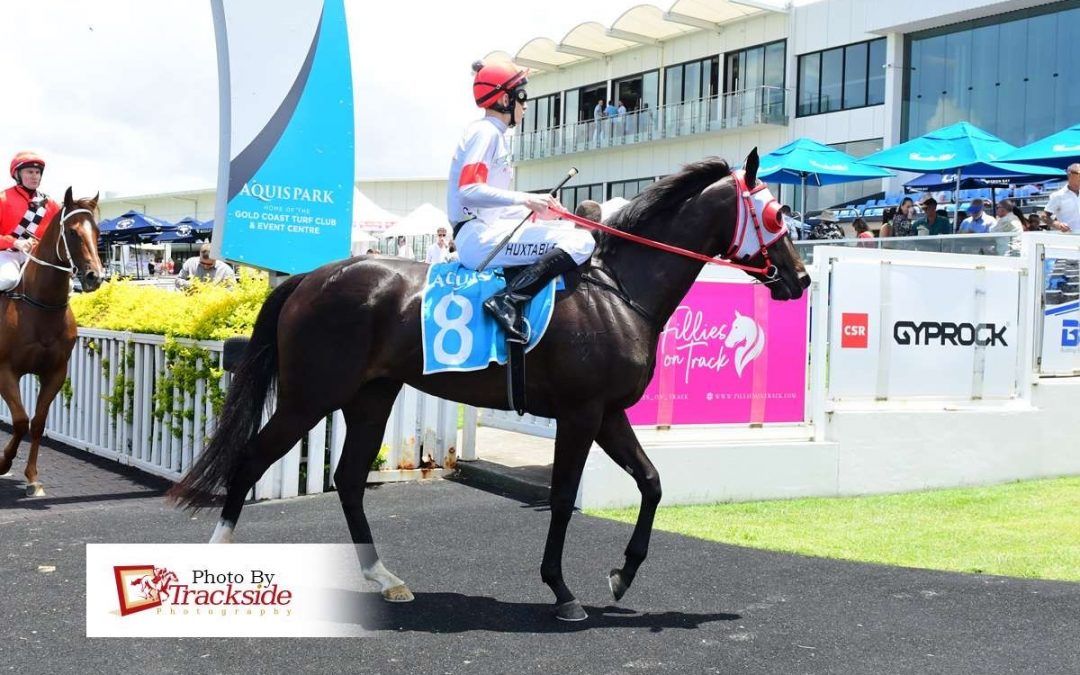 Huxtable piloted War Too All on Saturday, December 10, just nabbing victory in the shadows of the post.
The Krew Racing-syndicated War Too All ($2.50-fav) broke through first-up and at her third career run in a Maiden (900m).
Trainer Stuart Kendrick said patience had paid off for the owners of the All Too Hard three-year-old.
“She has shown plenty of ability since being purchased by Krew Racing but has had setbacks,” he said.“She’s a very promising filly and will be aimed at some of the nice three-year-old races.”