A Dazzling Colt A Boom Purchase for the Krew 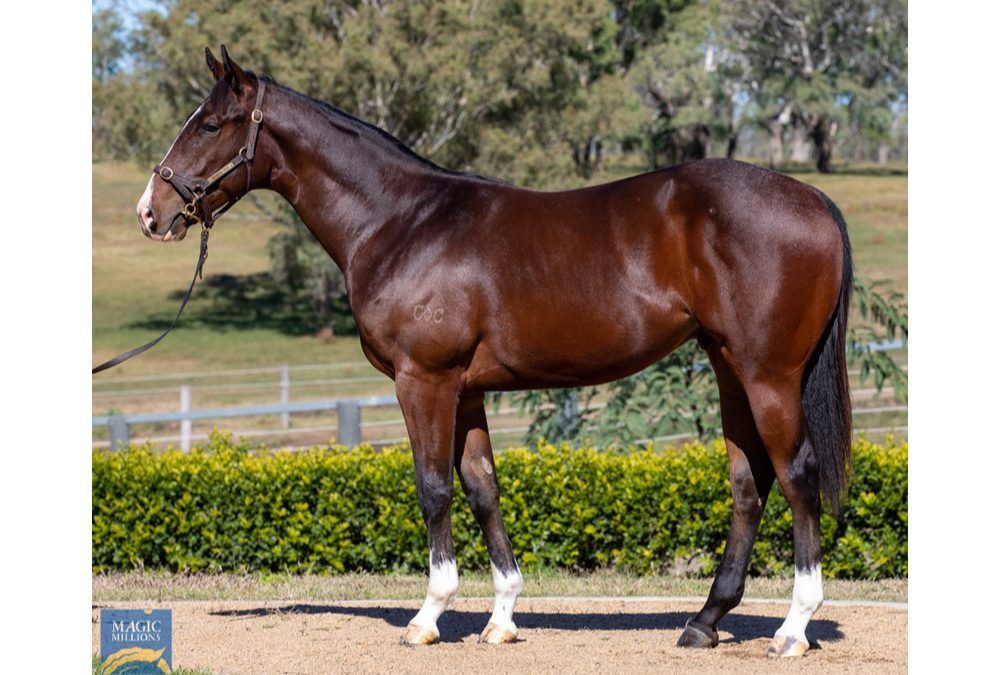 Having had tremendous success with our 2YO’s this season, the search for our next Group 1 performer continued at the Magic Millions National Yearling Sale this week.

After missing out on the half sister to our Group 1 Champagne Stakes performer, “I’ve Bean There”, Krew Racing managed to secure the half-brother to Boom QLD 2YO Prince of Boom.

Purchased in connection with Stuart Kendrick, he was a must have for Krew Racing and the Kendrick Stable.

“He made an immediate impression – he is a strong, imposing colt”, said Stuart.

“Reports from the stud suggest he’s very similar in appearance to his half brother”.

He will now head to Christmas Creek Thoroughbreds for a short spell before being broken in at Fenwick Farm.