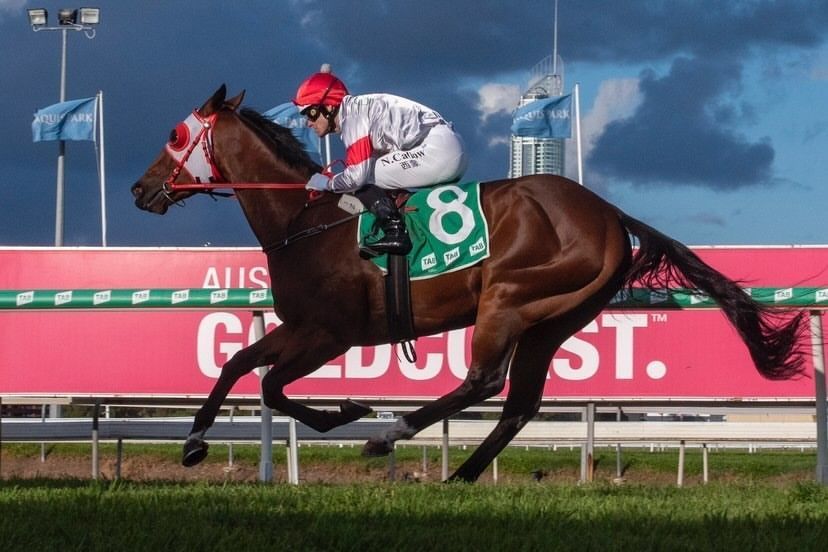 FORMER Victorian Bofors has broken through for his first win for the Krew Racing syndicate and Kendrick Racing.
His breakthrough at the Gold Coast on Saturday (May 22) was well-deserved after a couple of unlucky runs at his past two.
Ridden by Noel Callow, Bofors ($3.70-fav) scored the overdue win by one-and-a-quarter lengths in a Class 2 (1400m).
It followed a third over 1400m at the Sunshine Coast and a second over 1350m at Ipswich at his past two.
“Patience paid off for his owners after he’d been unlucky at his past two,” said trainer Stuart Kendrick.
“Once he has got back on dry tracks he has found his form,” he said.
“It was a terrific ride by Noel Callow.”