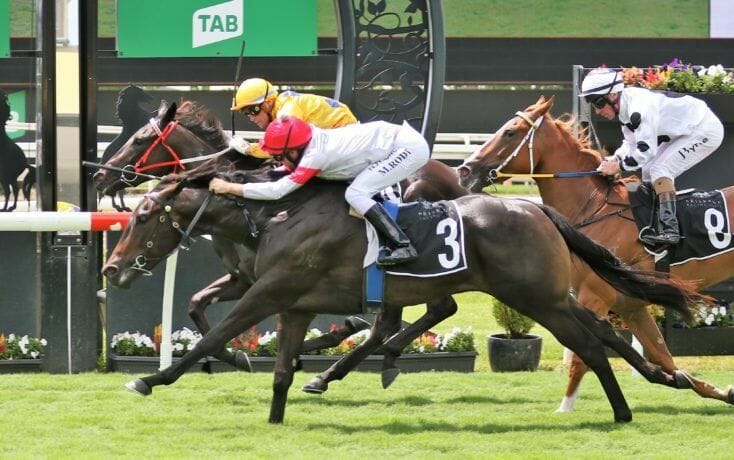 The Stifmeister’s run on debut suggested that it wouldn’t be long before he claimed a place in the winners’ enclosure and he made good on that promise when he scored a last stride win in the QTIS Two-Year-Old Handicap at Eagle Farm in only his second career start.

The promising son of Lonhro produced a long, sustained run, coming from some four lengths back when the field turned for home, but it was always going to be a close call once Hinged ($3.40) got the measure of the early frontrunner Mishani Delight ($8) and proceeded to kick on with meaning.

The Stifmeister (the $2.60 favourite) kept coming though and was rewarded on the line … which was the first time the Stuart Kendrick trained runner was in front under another inch perfect ride from Michael Rodd.

The result apart, it was almost a carbon copy run of The Stifmeister’s debut performance. This time the bob of the heads went in his favour and he clearly deserves to have a win behind his name after two encouraging performances.

“I was just a little bit worried” admitted trainer Stuart Kendrick. “They didn’t look to be going too hard early and we were way off the speed again … but he is a determined little fellow. He is not big, but he has got plenty of ticker.

“That was good win today.”